Over reading week, I had the opportunity to attend the Mennonite Central Committee (MCC) student seminar in Ottawa. There were 30 students who attended from across Canada, including four from CMU and two more from Menno Simons College. The theme was Gender, Peace, and Conflict: Exploring the Intersection. We looked at how government organizations, non-profits, and individuals interact with this theme in their work.

One of the benefits of being in Ottawa was that we were located right in the heart of Canada’s government. We sat in on question period in the House of Commons and had a tour of the parliament buildings. We also heard from MP Hélène Laverdière and Senator Mobina Jaffer, who have been involved in the implementation of the UN Security Council’s declaration on Women, Peace and Security.

Before attending this seminar, I had little knowledge of Canada’s National Action plan or the many different committees which make up our government system to encourage action. There were times when I felt disillusioned with the government and frustrated with what seemed to be empty actions and not enough financial contribution to women’s projects. But I was inspired by hearing these two passionate women who are advocating for policy change.

In addition to hearing about the role of government and policy, we heard from non-profits and grassroots organizations about the importance of women’s groups. We spoke with people from KAIROS, Oxfam, the Nobel Women’s Initiative, and international workers from MCC. It was fascinating to hear how gender is influencing the peace process in Colombia, the importance of including women in peace processes, and how the Nobel Women’s Initiative is calling our “feminist prime minister” to invest in women’s grassroots groups.

The seminar looked at the importance of including a gender lens in conflict analysis, emphasizing that one cannot simply “add women and stir.” Between 1992 and 2011, 9% of nego tiators in peace talks were women, despite the fact that a peace process in far more likely to succeed when women are included. It has left me wondering why it is so challenging to adopt an approach that includes women, both locally and internationally.

What stood out the most was having the opportunity to talk with other students whose stories and life experiences are different from my own. These students pushed me to think in new ways and ask different questions. I am grateful for the time we spent learning together.

A great time to study communications

Ever since the first humans managed to grunt at each other to say, “Hey, this berry will kill you but this one won’t,” we have been communicating. Today, we let each other know about berries that kill and other less lifesaving but more interesting things through so many more mediums than were available to our grunting ancestors. It’s a great time to be alive, but (and I’m biased because I’m a comm. major) it’s an even better time to study communications.

END_OF_DOCUMENT_TOKEN_TO_BE_REPLACED

When asked about how students can become involved with the CMU Farm that resides on north campus Kenton Lobe, Instructor of International Development Studies (IDS), came up with endless opportunities.

END_OF_DOCUMENT_TOKEN_TO_BE_REPLACED

Gaining on-the-job training through a practicum

I’ve said this many times before, but CMU’s emphasis on experiential learning is one of the reasons I love this school. I can be confident that following my graduation, I will leave CMU will valuable skills that will prepare me for the working world. Not only does the university accomplish this through the blend of practical and theoretical thinking in the classroom, but also through the required practicum placements.

END_OF_DOCUMENT_TOKEN_TO_BE_REPLACED 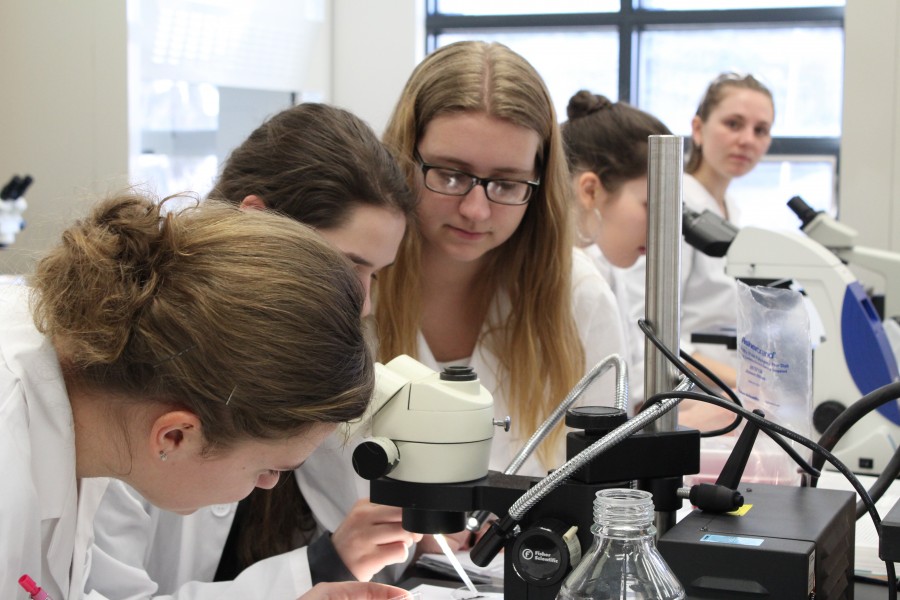 Most of the science students at CMU are asked: “Why do you go there? What does CMU offer?” Third Year Arts & Science major, Esther Derksen believes that her time at CMU has enhanced her understanding of the human experience and expanded her scientific worldview.